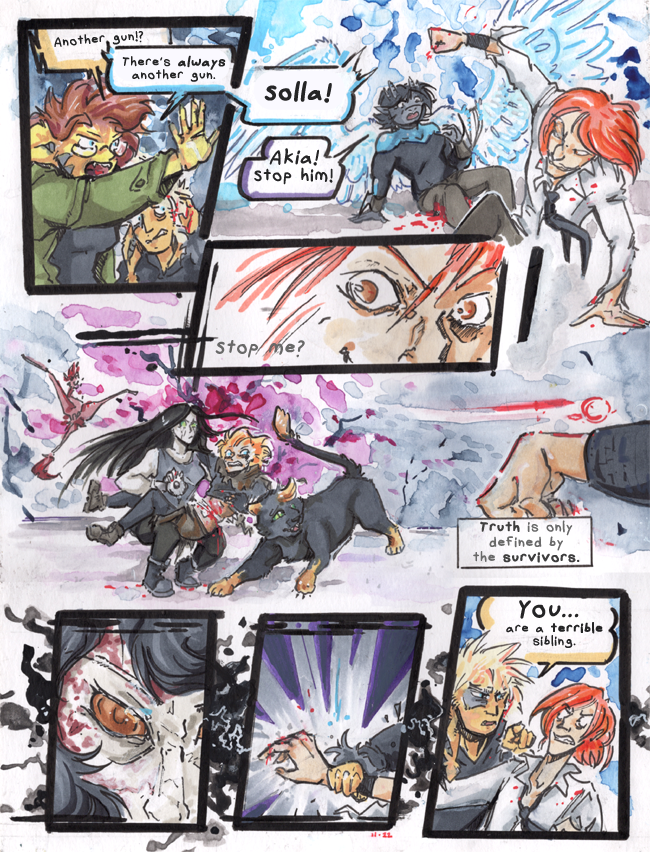 wow... wow. i know this time of year hits hard but it sure is hard hitting this time. one page all month, owch. so much for finishing this arc before 2023 x.x oh well, it'll still be very close!

so you may notice some edits to the site, as some social media and fundraiser platforms topple and new ones rise. i will not get a hive account, btw, and i strongly suggest others not use it either. just trust an old internet person on this hunch.

i DID get to finish one project though! if you've wanted to start a webring but didn't have a widgit/codebase simple enough to do it with, rainbow cemetery wrote a really simple lil javascript webring code and i made it a lil site and demo ring. RainRing is the code name! but there is another webring code option in the demo ring too, along with some existing webrings...

i've also been playing around with IFTTT, trying to set up cross posting for a friend to the fediverse/mastodon. which, btw, if you're joining i am well established on. i also made a cohost but i'm still waiting for posting to really take off there.

ah right, for october i was also doing a daily-draw series of one of my ancient fursonas, Clockwork the armadillo-dragon. i gathered all the art together and wrote some thoughts and added some bonuses like OLD character art and unfinished sketches into an e-art-book. pay what you want to read it here.

oh, a bit of exciting news too. during all this social media empire collapse stuff, tumblr's current CEO pledged to (im paraphrasing now) make tumblr and mastodon kiss in 2023, which will mean tumblr users can follow people and accounts on the fediverse and also the other way around. i'm excited to get the 70s car and art blogs back on my feed! and i'm also excited by some of my fav authors finally joining the fediverse too ngl.

well, ren thinks it's dinner time because it's a rainy winter afternoon. she's not correct, but she's being very pushy about this. so i should wrap this up.

see you hopefully soon with a new page